On 6th April 2021, IR35 public sector legislation was extended to private and third sector engagements, affecting how IR35 status is determined and, in some cases, how tax is paid.

But now, over one year on, how has this impacted contractors?

In this article, Markel Direct’s Paul Mason answers some of the IR35 queries raised by self-employed IPSE members and considers some of the effects of the private sector IR35 changes on the contractor market.

“Why is my end client determining that all its contractors go PAYE, making it out of step with the market?”

This question is linked to the perennial question; whether end clients are making ‘blanket decisions’, typically taking a broad brush to their IR35 decision-making and determining most engagements as being inside.

However, there is a subtle difference between not engaging with limited company candidates, and taking ‘blanket decisions’ which HMRC are clear should not be operated.

HMRC argue – and rightly so – that the decision to not engage contractors trading through their own company is a commercial decision, even if many argue that it risks losing the best contractor talent who want to trade through their personal service companies (PSCs).

• On the other hand, HMRC’s interpretation of the legislation at ESM10014 which deals with end clients taking reasonable care cites: “determining that every worker who provides their services through an intermediary is caught by the off-payroll working rules without giving any consideration to the specific facts of each individual case” in its “examples of behaviours which do not constitute reasonable care”.

Nevertheless, HMRC have shown little evidence of challenging this practice which commentators believe has been widespread in both the public and private sectors.

What does it mean to work through an umbrella company?

For many contractors, one consequence of the 2021 IR35 reforms has meant changing to work via an umbrella company.

With 74% of those surveyed by IPSE, as part of their research into the umbrella company market, being dissatisfied about working via an umbrella company, for many individuals this arrangement has become one of necessity rather than choice.

Secondly, it’s important to note that the advertised day rate, typically by a recruitment agency, will not be the amount you’re going to be paid. The day rate is the amount  that the agency, or the end client if they’re engaging directly, is prepared to pay an intermediary, whether that is your PSC or an umbrella.

Where that intermediary is an umbrella company, the umbrella needs a margin for providing its services and is obliged to make all the necessary statutory deductions. This includes apprenticeship levy (if applicable), employers’ national insurance and PAYE, which will significantly decrease your take home pay in comparison to operating on an outside IR35 engagement through your own PSC and taking advantage of a low salary and dividend remuneration strategy.

Despite the tax burden being higher when you operate through an umbrella company, make sure that you are being deducted PAYE properly and in the UK. Avoid, umbrellas making dramatic claims about retaining unrealistic take home pay by offering expense schemes, loans or even offshore payments. Ultimately, you are likely to find HMRC knocking on your door for any unpaid taxes.

“Why are umbrella fees so high?”

One IPSE member asked this question and quoted a figure of 20%. Umbrella fees should never be 20%. We suspect that 20% actually represents all of the statutory deductions including the umbrella’s margin, which typically ranges from £15-£25 per week.

“Who is responsible for completing the Status Determination Statement (SDS) for a worker if they engage through an umbrella company?”

When someone is engaged through an umbrella company, nobody is responsible for completing an SDS. This is because the individual is not being engaged through their own limited company. They are being paid as an employee, which means there is no requirement to issue an SDS because IR35 does not need to be considered where employment taxes are being deducted.

Some of the Key factors around IR35

"What level of control should companies have over contractors?"

The short answer is, as little as possible. However, this will depend on the nature of the role but the starting point would always be to look at the contract – what does the contract say about control? What you should be looking for is a clause which says that you as service provider/ supplier are responsible for the ‘method of the performance of the services’ – i.e. you are responsible for how the work is being done. This is key.

“My outside IR35 contract has been extended in stages now totaling over 3 years. Is the time factor a risk?”

Time and also how much you earn from an engagement are not indicators of IR35; however, quite often the relationship we start with isn’t the one we’re in 3 years later! So it could be that when the engagement first started, absolutely everything was at arm’s length. But if over time, the engagement ceases to look like project work and it appears you’re undertaking tasks as they come along, it may seem like you’re part and parcel of the end clients business. Potentially you could now be on an engagement that is inside IR35.

At Markel, we have defended an IPSE member successfully who undertook a dozen different projects. Each one was separate from the other, and so we could demonstrate that this was project-based work. While time isn’t technically a factor, not all engagements will be this clear cut, so it is important not to become complacent.

“Is there a way around the blanket rule for freelancers being inside IR35 - e.g., by going part time 4 days a week?”

As noted above, there shouldn’t be blanket decisions being made. However, going part time won’t change your IR35 status. IR35 must be considered engagement-by-engagement, so whether you’re doing 3 hours a day or 60 hours a week at the same end client, one has to review all the key indicators – personal service/ substitution, control and mutuality of obligations, as well as in business factors.

Failure to do so is failing to take reasonable care. Whether you are a medium or large-sized end client responsible for making the IR35 status decisions about the limited company contractors you engage; or a contractor engaged by a small UK company or one based wholly overseas and who still retains the responsibility for IR35 under the “old rules”, if you don’t understand your responsibilities and act accordingly, a large tax bill could be the consequence. 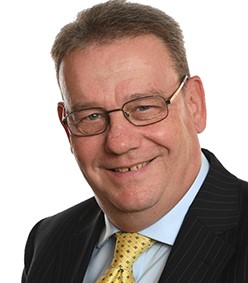 Paul Mason is the Head of Tax Partnerships at Markel Tax. Paul joined the Markel Tax team in 1997 and has ben closely involved with IR35 since 2001, providing advice on the subject to contractors, end clients and fee-payers.