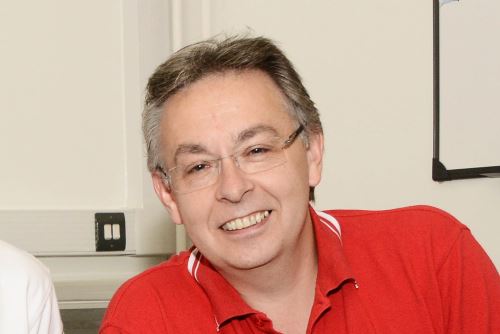 Gary Clark, 50 and from Reading in Berkshire, began volunteering for Swallowfield Community First Responders five years ago. The charity acts as first responders to emergencies, arriving first on scene before an ambulance 90% of the time.

Since then, Gary has raised over £40,000 to buy a response vehicle to attend emergencies and raised enough funds to install 10 public access defibrillators in local parish halls, all whilst co-ordinating volunteers in the first responder scheme and responding to call outs as a first responder himself.

In addition to his volunteering with Swallowfield Community First Responders, Gary also launched Heartstart Swallowfield, a British Heart Foundation-affiliated group that delivers free training on emergency life skills, and has trained over 500 people so far.

His wife Carolyn, who nominated him for the award, said 'I don't get to see him very often, but villagers are always singing his praises!'